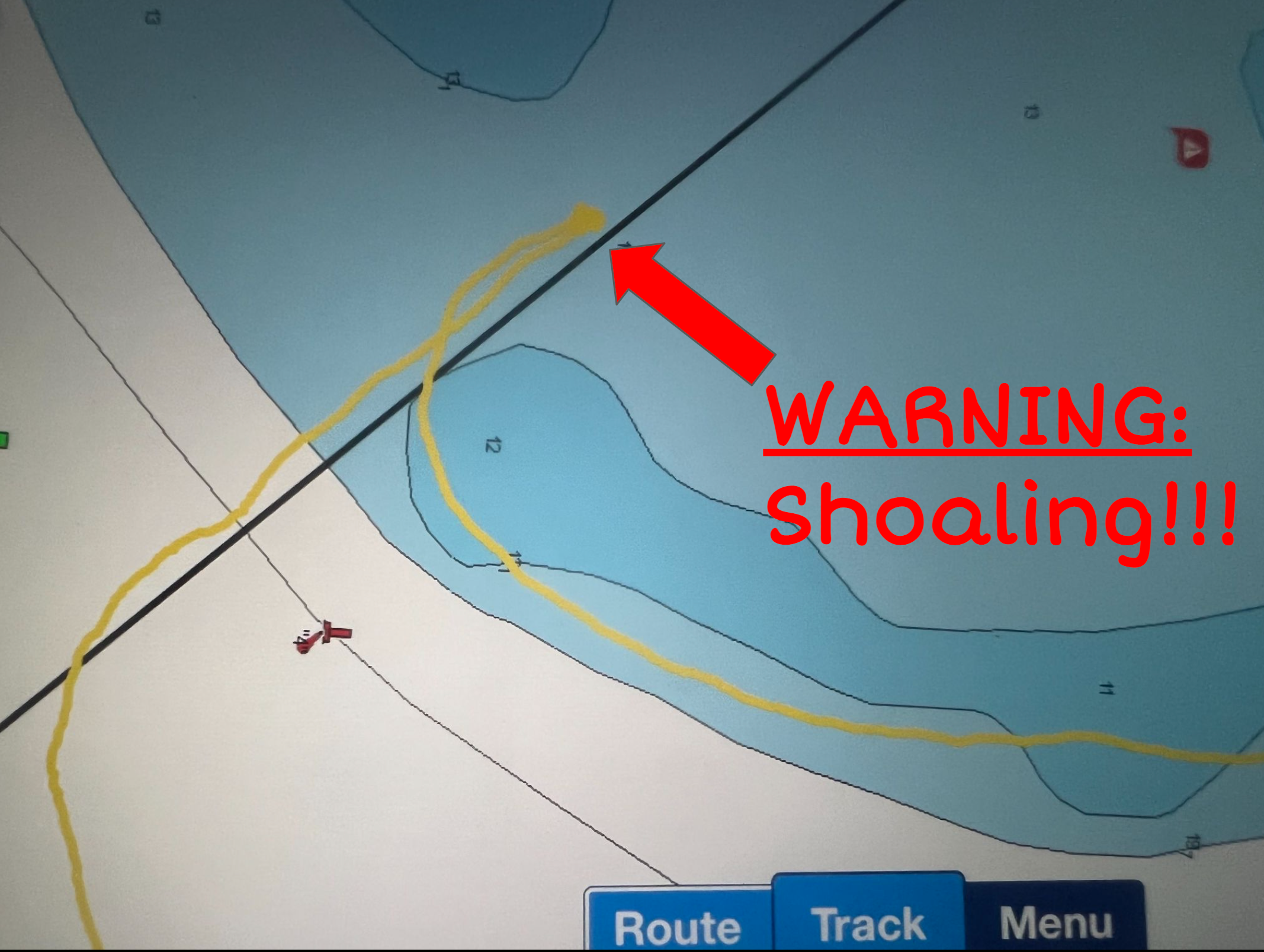 Tow boat Randy says stop messing up his ocean! Okay, not really. In fact, if I were a betting man, I’d have to put my money on tow boat randy being indifferent to your sustainability practices. Anyways, here we go.

It was October 10th, nearing the end of a 10 hour day trip from Atlantic Highlands to Barnegat Bay at around 5 PM. We had pulled anchor at first light and motored out around Sandy Hook. From there we put both sails up and started to fly, making an average speed of 7 knots.

This was our first attempt coming into Barnegat Bay, usually avoiding it because of all the shoaling. Cool fact! The coastal inlet system may, in turn, connect to an inland waterway. At the simplest level, channel shoaling is the result of a balance between riverine processes and sediment supply and littoral processes (i.e., waves or tidal) and sediment supply (Pope, 2000).

How does this relate to climate change you ask? Great question! The many thousands of small tidal inlets (STIs), and their adjacent coastlines, are almost certain to be affected by climate change in multiple ways, due to their behaviour being closely linked to both oceanic and terrestrial drivers such as riverflow, sea level, and ocean waves, all which are projected to change over the 21st century (Duong, 2021).

Now back to the fun stuff. This is where Tow boat Randy comes into the picture. We’re just coming into the channel and entering the bay when the coast guard comes over the VHF with reports of shoaling at Barnegat Bay inlet between channel markers 3 and 4. I look up, channel marker 4 to starboard and channel marker 3 to port. It’s too late to turn back. We pull up the latest survey from the Army Corps of Engineers, attempting to avoid the shoaling while cruising blind to real-time underwater conditions (our depth sounder is out).

Sure enough… “BANG” we go soft aground at approximately 2.5 knots. I slam it into reverse and burst the throttle to come off the sandbar. “BANG” aground again. We’re in about 3’ swells. Each swell lifts us off the south sand bar and moves us slightly before slamming us aground again, “BANG” … swell … “BANG” … repeat…

After several minutes of punishment to Venture’s poor hull we hailed the coast guard for a commercial tow. Thus the Randy situation…

Before the coast guard can even respond, Randy is on the VHF hailing channel, he’s sitting back watching the sand bar. His first question is if I have insurance. Once he gets the affirmative Randy rallies out to the sand bar and tosses us a tow line. He’s not big on words, Randy is more of a hand signals guy. He’s waving his hands around and mouthing out curse words as he uses 600 HP of outboard motor to drag us off the sand bar. From there he continues to haul us through an unmarked channel into Barnegat bay at a high rate of speed without any comms. I’m just wrestling with the helm to keep us square behind Randy as he comes over the VHF. “Watch your GPS, there are submerged rocks through here, stay tight behind and remember this path to get back out…” (Luckily I had my GPS tracking our route to follow back out). Randy rallies through a minefield of submerged rocks and into the bay, just another day in the office.

We arrive at the anchorage and Randy is impatiently awaiting payment. As we attempt to anchor, I notice Randy has picked up (and is vigorously waving) a private yacht club mooring line at us. At this point we just take the mooring, assuming he’s in a hurry to go back and find his next victim. He’s very quick to give us his number, he said just put him in as Tow boat Randy. Let him know if we have any more problems getting out (HAH!). After the insurance was handled, Randy softened up immensely. In hindsight, I kind of respect Randy’s hustle. Barnegat Bay is a diamond in the rough, often overlooked due to the fact that the marked inlet channel shoals up to be impassible. Randy is an entrepreneur, he found his niche in the market and solves a legitimate problem. I have to say (subjectively), Randy is living his best life and certainly on his own terms. I enjoyed the tow, the mildly offensive rhetoric and the local insights. It was all uniquely… well, Randy.

So, how can we build a moat around Randy’s market niche? We need to make sure we do our part to mitigate climate change. If climate change impacts these small tidal inlets Randy may never find such a lucrative channel with these shoaling characteristics again.

One of the most profound stats about climate changes is how bottom trawling releases as much carbon as the entire airline industry! But wait, there’s hope! Check out this wonderful executive summary on marine permaculture from the Climate Foundation.